The PA Commission for Community Colleges Friday issued this statement in response to an announcement by Gov. Tom Wolf that he was convening a Middle Class Task Force made up of business, labor, education and workforce development experts to hear how the lives of middle class families can be improved.  The statement follows--
“The Wolf Administration’s convening of the Middle Class Task Force is a promising development, but the task force should also incorporate current research into their findings as they seek to understand how to help Pennsylvania’s middle class.
“Higher education and job training are key to supporting both Pennsylvania’s employers and workers.
“According to the 2016 Pew Foundation Study, “The State of American Jobs,” more than half (54 percent) of adults in the labor force say it will be essential for them to get training and develop new skills throughout their work life in order to keep up with changes in the workplace.
“Half of Americans say the purpose of college should be to teach job-related skills, and 85 percent of respondents rank “soft skills” as critical. These are all areas in which community colleges excel.
“Without a doubt, the way the state can better support Pennsylvanians who want to get and keep a Job that Pays is by providing them access to high-quality education and workforce training programs that provide them with the skills that employers need, and which Americans rank as important.
“But it has become increasingly difficult for the middle class to access these education and training programs because of cost.
“Public postsecondary education in Pennsylvania is among the most expensive in the nation. The average tuition cost at Pennsylvania’s public community colleges is unfortunately among the highest in the nation, in part because of the low levels of state support.
“An August 2017 study by the Center on Budget and Policy Priorities found that higher education spending in Pennsylvania, when adjusted for inflation, decreased by $2,533 per student from 2008-2017 – and ranked 4th among states in the largest proportion of cuts.
“Despite community colleges’ critical role in assisting Pennsylvanians – and particularly those with limited financial resources – access life-changing higher education opportunities, the Commonwealth’s FY 17-18 budget failed to provide any funding increase for the community college operating and capital appropriations.
“The funding for the colleges was stagnant.  At the same time, the budget increased other education-related appropriations by $442 million.
“In just three years, it is projected that 63 percent of Pennsylvania’s jobs will require at least an associate’s degree or some training beyond high school.
“Yet many middle class families and students struggle to pay tuition at one of the state’s community colleges, and wonder why paying for a community college education requires them to work and borrow more.
“The state’s lagging support for community colleges increases cost of attendance, and reduces the middle class’ ability to obtain a life-changing postsecondary credential.
“We understand the Administration’s imperative to not leave the middle class behind. The best way to provide access to the education and training these individuals need is to invest in the providers of that training:  Pennsylvania’s community colleges.
“The Commission urges policymakers to reverse the troubling trend of the Commonwealth’s disinvestment in public higher education, thereby providing all Pennsylvanians – and especially those in the middle class – with affordable higher education opportunities.”
For more information, visit the PA Commission for Community Colleges website.
NewsClips:
Rural Regional College: Learning To Meet Student Needs
Editorial: Erie Rural Regional College Off To Quiet Start
Slippery Rock Presidential Search Identifies Three Candidates
Op-Ed: Report On State University System Falls Short
19 PA Universities Will Help Fund House For Pittsburgh Promise
Colleges To Pittsburgh Promise Students: We Have You Covered
Lehigh U Creates Software Saving Prison System Millions Of Dollars
Illness On Thiel College Campus Prompts Rescheduling Sporting Events
Pitt Trustees Meeting Interrupted By Animal Rights Protest
Temple President Outlines Effort For Campus Football Stadium
New Food Pantry Helps Point Park University Students In Need
PA Students Score Higher In Math, English Since Last Year
Students Still Struggle On Rigorous Standardized Tests
Improving Struggling PA Schools Highest Priority, But It Takes Time
Education Test Scores Fall In Northeast PA
Ideological Debate Over Low-Performing Schools Underlies PA Plan
Posted by PA Capitol Digest at 5:24 AM 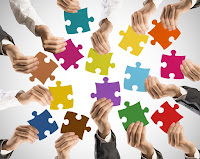 The October 2 PA Environment Digest is now available.  Here are just a few of the headlines--


CBF: Apply Now For Green Infrastructure Funding Under Pay For Success Program
The Chesapeake Bay Foundation, in partnership with Quantified Ventures and with support from The Kresge Foundation and other funders, is inviting municipalities in Pennsylvania, Maryland, and Virginia to participate in a pilot project to implement green infrastructure solutions that reduce urban/suburban runoff that damages local rivers, streams, and the Chesapeake Bay.


Apply Now For Grants To Install Riparian Forested BuffersThe Department of Conservation and Natural Resources will be accepting applications for grants to install riparian forest buffers from October 2 to December 20. (formal notice)


11 Senators Urge Appropriations Chairs To Devote A Portion Of A Severance Tax To Growing Greener
On Friday, a bipartisan group of 11 Senators wrote to Senators Pat Browne (R-Lehigh) and Vincent Hughes (D-Philadelphia), the Majority and Minority Chairs of the Senate Appropriations Committee, urging them to devote a portion of any natural gas production severance tax to the Environmental Stewardship (Growing Greener) Fund.


DCNR Accepting Grant Applications For Snowmobile And ATV Trails
The Department of Conservation and Natural Resources will be accepting applications for grants for acquisition, planning, development, rehabilitation or maintenance of snowmobile or ATV trails from October 2 to December 20. (formal notice)


To read the Digest, visit: www.PaEnvironmentDigest.com.  Click Here to view or print the entire Digest.


PA Environment Digest is edited by David E. Hess, former Secretary Pennsylvania Department of Environmental Protection, and is published as a service of Crisci Associates.


PA Environment Digest was the winner of the PA Association of Environmental Educators'  2009 Business Partner of the Year Award.

The PA Gaming Control Board Thursday released the 12th edition of its Annual Report which provides a summary of the work of the agency did in FY 2016-17 in regulating the Commonwealth's casino industry, and also includes:
-- Slot machine and table game gross revenue and tax revenue statewide and broken down for each of the 12 casinos;
-- Reports and pertinent statistical figures from the PGCB's key bureaus;
-- Lists all Executive Sessions held by the board during the fiscal year;
-- Revenue and expenditures during the fiscal year by the PGCB, along with a breakdown of employment at the agency; and
-- Expanded section on problem gambling with statistics on the PGCB's Self-Exclusion Program.
Click Here for a copy of the report.
Posted by PA Capitol Digest at 8:56 AM