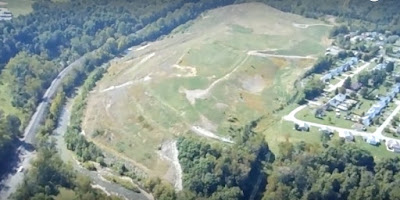 The PA Gaming Control Board Friday released its 9th Annual Diversity Report providing a description of each casino’s activities related to the implementation of their diversity plans and the action taken by the entities to achieve the Commonwealth’s goal of enhanced representation of diverse groups in the gaming industry.
Highlights from the Report are described in the bullet-points below:
-- Pennsylvania’s ten casinos and two resort casinos collectively employed over 18,000 persons at the close of the state fiscal year of 2015-2016;
-- 89 percent of casino employees are residents of Pennsylvania;
-- 43 percent of these employees are female while 36 percent are racial minorities; and
-- Casinos spent $573.7 million in 2015-2016 with other businesses for construction and non-construction expenses.
The 2015-2016 Diversity Report also provides casino-by-casino information for items such as employment trends over a four year period by race and gender and a detailed breakdown of minority, women, and local business expenditures.
A copy of the report is available online.
Related Story:
PA Gaming Board Releases 2015-16 Annual Report
Posted by PA Capitol Digest at 12:55 PM

Three people were sworn in as the newest judges of the Superior Court of Pennsylvania during a special ceremony Thursday in Philadelphia.
Judges H. Geoffrey Moulton Jr., Carl A. Solano and Lillian Harris Ransom were administered individual oaths of office by Superior Court President Judge Susan P. Gantman.
The investiture took place at noon in the Lincoln Room of the Union League of Philadelphia. Gov. Tom Wolf and dozens of fellow jurists from the federal, state and county levels attended — including Supreme Court Justices Kevin M. Dougherty and Sallie Updyke Mundy.
The three newest Superior Court judges were appointed this summer by the governor and confirmed by the state Senate to fill vacancies on the bench.
“These are excellent additions to our bench, who will allow us to continue to provide the timely delivery of justice in one of the nation’s busiest intermediate appellate courts,” President Judge Gantman said.
Judge Moulton had served as deputy general counsel since January 2015 in the Office of General Counsel, an agency that represents three dozen executive and independent agencies across the Commonwealth. Prior to that, he was a federal prosecutor for eight years and a Special Deputy Attorney General.
He received a bachelor’s degree from Amherst College and a law degree from Columbia University School of Law.
Judge Solano had chaired the appellate practice and communications and media practice groups at a Philadelphia law firm prior to serving on the bench. He also has handled cases on matters of state and federal constitutional law and health care.
He received a bachelor’s degree from the University of Scranton and a law degree from the Villanova University School of Law.
Judge Ransom served in the family division of the Philadelphia court system from 1996 to 2002 during which time she served as the statewide chair of the Model Dependency Court Project. She has presided over the court’s criminal trial division since leaving the juvenile division.
A recipient of numerous community service awards, Judge Ransom earned a bachelor’s degree from Hampton University and a master’s degree from Temple University. She earned her law degree from St. Louis University School of Law.
Posted by PA Capitol Digest at 3:39 PM