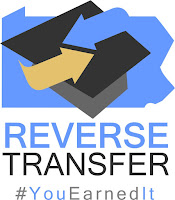 Indicted Attorney General Kathleen G. Kane Tuesday announced she has hired former Montgomery County DA Bruce L. Castor to a new position of Solicitor General within her office.
The new position of Solicitor General, she said, was added to strengthen and support the leadership of the Executive Office and further the initiatives of the Attorney General on behalf of the people of Pennsylvania.
Kane noted various Attorneys General across the nation employ a Solicitor General to serve as a check and balance and assist in facilitating the mission of the Office of Attorney General.
Pursuant to the Commonwealth Attorneys' Act of 1978, the Attorney General has the authority to create positions in order to carry out the duties of the OAG in the best interest of the Commonwealth.
Mr. Castor is a graduate of the Washington and Lee School of Law and previously served as Montgomery County District Attorney and Montgomery County Commissioner.
Kane is being tried on charges of corruption in Montgomery County.
NewsClips:
Kane Hires New Second In Command To Oversee AG’s Office
Judge Denies Kane’s Motion For Recusal Of All County Judges
Posted by PA Capitol Digest at 1:55 PM

Speaker of the House Mike Turzai (R-Allegheny) Tuesday announced he has appointed the first equal opportunity officer.  The House Equal Opportunity Advisory Committee held its first meeting with the goal of developing, recommending and implementing equal opportunity employment and procurement policies in the House of Representatives.
Keisha C. Wright, House bipartisan caucus operations, accepted the position with a mission to provide guidance on laws and policies as they relate to potential employment, current employees as well as current and prospective vendors.
“I’m truly honored and look forward to working with both sides of the aisle to create a more diverse workforce,” said Wright of Harrisburg, who started working for the House in 2004. “This is a serious role which I am excited and committed to fulfill.”
The House Rule establishing the Equal Opportunity Officer and Advisory Committee was first adopted in 2007, but until Speaker Turzai no speaker had taken action to appoint this important committee and fill this critical position.
“Diversity is big part of what makes Pennsylvania great,” said Speaker Turzai. “There is no better way to strengthen equal opportunity than through the body that represents the people.”
The EOAC, a bipartisan committee comprised of five House representatives, selected its first chairperson, Rep. Harry Lewis (R-Chester). Lewis was nominated in bipartisan fashion by Rep. Kristin Phillips-Hill (R-York) and Rep. Leslie Acosta (D-Philadelphia). The other members of the committee, Rep. Lee James (R-Venango/Butler) and Rep. Joanna McClinton (D-Delaware/Philadelphia) both voted in favor.
"I am honored to have been selected by this important bipartisan committee to ensure equal opportunity for all,” said Rep. Lewis.
The committee will now meet monthly during session and start taking active steps to foster diversity.
Posted by PA Capitol Digest at 10:52 AM

Calling it another move to a create a crisis for Pennsylvania schools and taxpayers, Senate President Pro Tempore Joe Scarnati (R-Jefferson) and Senate Majority Leader Jake Corman (R-Centre) condemned Gov. Wolf’s decision to veto the state’s bipartisan Fiscal Code bill-- House Bill 1327 (Peifer-R-Pike) which serves as the map for spending state funds.
“The Fiscal Code is an integral part of the state budget and necessary for accurate disbursement of budgetary funds,” Sen. Scarnati said.  “After nine months of failing to sign a complete budget – we are once again seeing the Governor play games with Pennsylvanian’s hard-earned tax dollars.”
“With this arbitrary veto, Gov. Wolf has cut $439 million from schools,” said Sen. Corman. “The Governor is again showing his willingness to manufacture a crisis and use schools, students and families as pawns. At the tip of the Governor’s veto pen are schools left searching for ways to pay the interest on loans or school construction costs. The end result will be higher local property taxes for Pennsylvanians.”
The state’s budget went into effect at midnight Sunday after the Governor chose not to veto or sign the bill. However, the Governor vetoed the state’s fiscal code, which serves as the instruction manual for how the money in the budget is to be distributed. The fiscal code passed both the Senate and House with a bipartisan vote.
Vetoing the fiscal code freezes $150 million in additional fund for schools that was provided in the budget. The budget bill specifically outlines that the new money cannot be distributed without enacting the fiscal code (p. 47 of House Bill 1801 (Irvin-R-Centre)). The fiscal code distributed the money according to the recommendations of the bipartisan Basic Education Funding Commission.
The Governor’s veto also cuts $289 million that was to address the state’s failure to provide promised reimbursements for school construction and renovations projects – commonly referred to as PLANCON (Planning and Construction Workbook).
Last week, the PA Association of School Business Administrators outlined the importance of receiving the PLANCON money. The leaders called the administration’s concern over issuing bonds a poor excuse given the state’s current AA bond rating.
“Our schools and many vital programs across our state deserve to have their funding, “Sen. Scarnati stated.  “It is disingenuous for Gov. Wolf to continuously claim that he is fighting for more money for education, when in reality he is preventing increased funding passed by the Senate and House of Representatives from reaching the school districts that so desperately need it.”
“The Governor has claimed to place money for schools above all else, but in the end it was not his priority, given his willingness to continually use his veto to cut millions of dollars from schools,” Sen. Corman said. “The education and school construction items were agreed to through the negotiation process. The only issues with the fiscal code that were raised by the administration were the two environmental areas he mentioned. The Governor has picked his winners and losers and with a $439 million cut, schools and students have lost.”
NewsClips: