House Committees Hear Significant Opposition To Endangered Species Legislation
House Bill 1576 (Pyle-R-Armstrong) which would standardize the state process for designating species of fish, wildlife or plants as threatened or endangered, as well as for designating waters as wild trout streams, was the subject of a hearing Monday by members of the House Game and Fisheries Committee, along with members of the House Environmental Resources and Energy Committee, according to Rep. Jeff Pyle the bill’s prime sponsor.
The would fundamentally change the review and designation of threatened and endangered species in Pennsylvania and would immediately drop hundreds of species from environmental permit reviews, regardless of the significant amount of data supporting their consideration.
“We are simply asking for sufficient burden of proof that a species is truly endangered or under a threat of extinction,” Rep. Pyle said. “Not all state agencies are required to play by the same rules when it comes to these designations, and my bill would essentially level the playing field.”
House Bill 1576 would require both the Game Commission and the Fish and Boat Commission to go through the Independent Regulatory Review Commission and the related House and Senate committees when attempting to list a species as endangered. Currently, only the Department of Conservation and Natural Resources is required to make the designations by regulation.
Rep. Pyle’s bill, also known as the Endangered Species Coordination Act, comes in reaction to a local school district building project that is situated in a habitat for a species of endangered bat. With no option for appealing the designation, the district chose to pay more than $61,000 into a conservation fund over the possibility of abandoning the project or being forced to find a new home for the bats.
“No one questions the ability of a government agency to render a decision or the possibility of a species being in danger,” Rep. Pyle added. “I am simply asking every agency empowered with the ability to carry out an action that, in this case, has the potential to significantly impact the economy of a community to have a second set of eyes review the decisions it makes.”
“This is no different to any person who receives a medical diagnosis and seeks out a second opinion,” stated Rep. Dan Moul (R-Adams). “We trust our government agencies, and this bill is nothing more than asking them, in the interest of openness and transparency, to provide evidence that backs up their decisions.”
Any species currently listed as threatened or endangered would be required to go through the IRRC process within two years of the effective date of House Bill 1576, in order to justify its continued designation of that species. The bill also requires DCNR to maintain a database of species designated as threatened or endangered.
[Note: At the hearing, Rep. Jeff Pyle (R-Armstrong) prime sponsor of the bill said the section setting criteria for threatened or endangered species should not have changed the range of species definition and the words “in Pennsylvania” should have been included in the bill language.]
Copies of Testimony
Some of the testimony presented during the hearing is available online--
-- PA Trout Unlimited Testimony
-- DCNR Testimony
-- Game Commission Testimony
-- Fish & Boat Commission Testimony
Second Hearing
The Committee Majority Chairs, Reps. Martin Causer (R-Cameron) and Ron Miller (R-York), announced that details on a similar hearing to be held in western Pennsylvania will soon be announced.
Opposition To The Bill
Letters of opposition to the bill were submitted by the Game Commission, Fish and Boat Commission, PA Council of Trout Unlimited and the PA Environmental Council.  Click Here for more information of the opposition of the Commissions and Trout Unlimited.  Click Here for PEC’s letter of opposition.
NewsClips:
Bills To Change Endangered Species Law Trigger Debate
Panels Take Testimony On Endangered Species Protection
PA Could Lose $27M If Endangered Species Bills Become Law
Op-Ed: Fate Of PA Endangered Species At Risk
Posted by PA Capitol Digest at 9:23 PM

New Poll: A new Franklin & Marshall Poll finds 69 percent believe it’s time for a change in the Governor’s Office and 20 percent feel the current Governor Tom Corbett deserves to be re-elected.  17 percent of those polled felt Corbett was doing an excellent or good job, dropping from 25 percent in May.  By comparison, Gov. Ridge had a 57 percent approval number at this time in his tenure and Gov. Rendell 41 percent.
The state’s major issues, according to the poll: 29 percent passing a transportation funding plan, 28 percent- unemployment, 24 percent expanding state’s Medicaid program, 23 percent schools and school funding, and 5 percent privatizing state liquor stores.
Other favorability ratings-- strongly and somewhat favorable: U.S. Senator Bob Casey 34 percent (43 percent in May); U.S. Senator Pat Toomey 26 percent (35 percent in May); President Obama 41 percent (52 percent in May).
New Poll Shows Governor Deeper In The Dumps
Corbett’s Poll Numbers Continue To Slide

Gov. Tom Corbett Monday requested and received the resignation of acting Secretary of Education, Dr. William E. Harner.
Harner, 56, of Carlisle, served as acting Secretary of Education since June 1. He previously served five years as superintendent for Cumberland Valley School District in Mechanicsburg.
Dr. Carolyn C. Dumaresq, the department’s Executive Deputy Secretary, will serve as acting Secretary of Education, effective immediately.
A former superintendent at Central Dauphin and Steelton-Highspire school districts, Dumaresq began her education career as a math teacher. Later, Dumaresq taught on a college level at the Harrisburg campuses of Temple and Penn State universities.
She served as executive director of the Pennsylvania State Education Association and president of the Pennsylvania Association of School Administrators. Dumaresq worked for the state Department of Education from 1976 to 1983, and then joined the department again in 2011.
Dumaresq is the recipient of several awards with recognition coming from the Education Policy and Leadership Center, the Keystone Research Center, the American Association of University Women, the American Association of School Administrators, and was named Pennsylvania Superintendent of the Year in 1994.
She has served leadership roles with the Pennsylvania Association of School Administrators including president, board of governors, elections committee, chair of the legislative committee and president of the woman’s caucus.
Her community and social service has extended to the Pennsylvania Partnerships for Children, the Penn State Outreach Advisory Board, the National Council of State Education Agencies where she is a past president and the governing board of the Governor’s Center for Excellence and the Governor’s Work Force Investment Board.
Dumaresq, of Harrisburg, earned her bachelor’s degree from Hood College, her master’s degree from Villanova University and her doctorate in education with a concentration in personnel and labor relations from the University of Pennsylvania.
NewsClips:
Education Secretary Ousted Over Unflattering Behavior
Corbett Forces Out 2nd Education Secretary In 3 Months
Corbett Asks Secretary Of Education To Resign
Education Secretary Resigns Abruptly
Corbett’s Education Secretary Quits
Posted by PA Capitol Digest at 2:57 PM

Does Tom Wolf Have The Right Stuff For Governor? 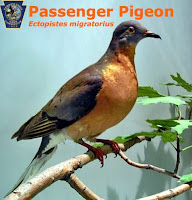 Bills now pending in the House and Senate would fundamentally change the way threatened and endangered species are protected in Pennsylvania putting at risk 73 existing state-designated threatened or endangered species because they would all have to be re-evaluated and put through the new adoption process outlined in the bill using new listing criteria.


The bill applies to the Game Commission, Fish and Boat Commissions and the Department of Conservation and Natural Resources which now have the statutory authority to list threatened or endangered species.