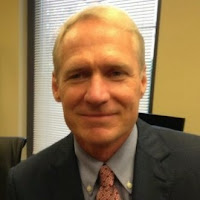 Gov. Tom Wolf Monday nominated Andrew Place, corporate director for energy and environmental policy at EQT Corporation, to serve as commissioner on the Public Utility Commission.
“Andrew Place brings the knowledge and expertise to help advance my vision for the PUC, and I am pleased to nominate him to serve as commissioner,” said Gov. Wolf. “We must ensure there is a balance between consumers and utilities. We also have to develop Pennsylvania’s abundance of energy resources to make sure we have the infrastructure to support the natural gas and other energy industries. We have real opportunities to make Pennsylvania a leader in the development of renewable energy and energy efficiencies, and Andrew’s know-how will be a big asset to the PUC in helping accomplish these goals. I would like to thank Jim Cawley for his service as commissioner and I wish him well.”
Place is currently the corporate director for energy and environmental policy at EQT Corporation where he focuses on the economic and environmental implication of unconventional natural gas development.
Prior to joining EQT in 2011 Place served for eighteen months in Department of Environmental Protection, first as special assistant for energy and climate change and second as acting deputy secretary of the Office of Energy and Technology Deployment.
Before working at the Department of Environmental Protection, Place served as a research fellow at Carnegie Mellon University’s Department of Engineering and Public Policy with a primary focus on Carbon Capture and Sequestration among other technical, economic, and policy issues related to energy and the environment.
While remaining in his position with EQT, Andrew accepted the role of Interim executive director at the Center for Sustainable Shale Development in 2012. Place’s role at CSSD has been to raise awareness of the Center’s work while supporting continued consensus for the Center’s Performance Standards and certification to those standards.
Place holds a B.S. in Economics from the University of Pittsburgh and an M.S. in Public Policy and Management from the H. John Heinz III College at Carnegie Mellon. Andrew also owns and operates a 210-acre farm in Greene County where he resides.
Place succeeds James H. Cawley on the PUC.  Cawley issued a letter of support for the new nominee.
Posted by PA Capitol Digest at 3:04 PM